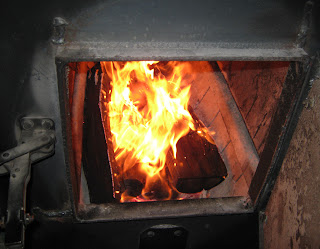 There sure are a lot of hungry mouths to feed around here lately. Last but not least the big one in the photo above. Every few hours the trip to the basement finds it waiting to devour another chunk of that carefully seasoned firewood Dave so judiciously prepared earlier this fall. With temperatures in the 30's at night already we have gone through a fair amount of our pile usually preserved for the later part of November. With Mother living here we are keeping the house a tad warmer than we would like. I don't like to see her shivering and uncomfortable after her recent heart surgery not even a month ago. Turning up the gas heat would likely be easier but financially a disaster! So it's down the steps to the cast iron beast like a faithful march to the alter of Old Man Winter. 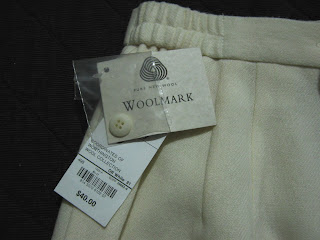 Then there was the 40 dollar skirt. While searching for wool for the background of my hooked mittens, I discovered that my stash is lacking much in the creams, whites, and lights. Anything I've acquired in those shades I've tea dyed and dirtied up because of the primitive hooker I am. I've always considered them to be nasty, not fitting in with the drab, dull colors of the primitive patterns I tend to favor. Not that I don't like color, oh yes I do.......but WHITE......I've only recently started to use it in rugs, and then only for Santa's beard! I found a few little pieces of cream that I decided to use for the background(Gayle you were right, the cream did it for me too) but not enough for both mittens. Then I remembered I had bought a cream wool skirt at a thrift shop a while ago. Upon finding the skirt still in the bag from the store I proceeded to throw it in the washing machine. Whoa!! I hadn't noticed the original price tag still attached when I bought it. The skirt was brand new with the 40.00 price tag and extra button too. A size 10.......MMmmmmm.....Maybe not. Don't think my waist is going there any time soon. What the heck, I only paid 3.50 so throw it in the washer and get it over with. Now I'm wondering if I am the only one who ruthlessly washes beautiful wool clothing to shrink and strip for rugs. I've closed my eyes and plunged gorgeous Pendleton jackets, skirts and pants that cost a pretty penny into the washer and dryer. I must say it has gotten easier over the years and sometimes a downright pleasure when I've scored a particularly beautiful piece of wool for a song! 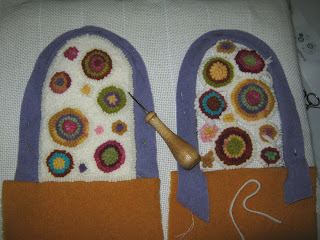 Here are the mittens in progress. The hooking is complete on the left one. I hope to get the hooking done by this weekend and then try and figure out how to sew these little babies together! Wish me luck!
Posted by Cathy G. at Thursday, November 05, 2009 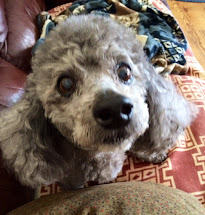 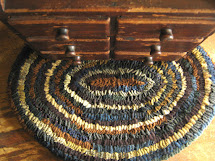 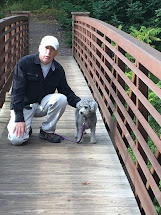 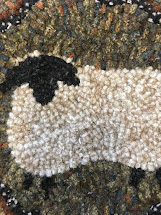 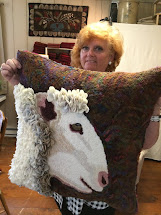 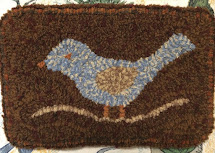 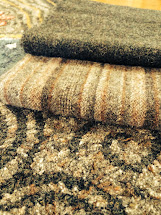 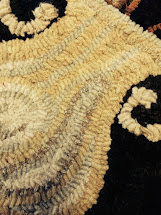 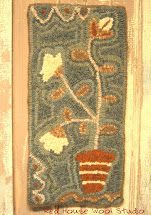 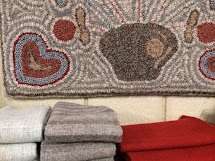 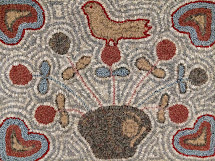